Yeah, I know, there’s a whole lot of talk going down on every corner isn’t there ~ about the news and the world events unfolding daily? So much abstract talk of end times ~ and hardship and persecution and on and on it goes and we sit alone and fearful and feel oh so small, feeling pretty vulnerable in our little worlds. Some say unspeakable words like “end of the world”, and “persecution” and still some laugh, and still some mock while some are frightened by overwhelming headlines and videos that circulate. I admit, the news is pretty crumby and all this talk of looming, financial crisis on most fronts sounds pretty bleak along with America’s foretold disastrous and inevitable plight of falling from the strategic power that it once had. Some say the end is near, and the talk is strange with “rapture’ talk and wars and rumors of wars, and with nuclear power arms in tact and in the hands of powerhouses, what on earth can we expect? What in all of this big wide, world does it all mean to the little person in their little world?

Well, beautiful soul, remember, The God of the living Word ~ the creator God, is still God the sustainer and maintainer; The sovereign God over it all, and not one speck of man’s power or one speck of his weakness will thwart God’s hand of judgment or glory! You see It will all go down as was prophesied in His word. Nothing will stop Him from moving ahead to fulfill His word in His created world. So all these leaders with their power and their weakness ~ don’t fret and make no mistake about it ~ God knows it all and even as Biblical prophecy unfolds the world is not unraveling and reeling out of His control. Yeah, He’s working it all out for us, His children, and His people! All the talk about the “end is near”, remember…the Biblical truth is that no one man knows any time or any season about ‘when” and the Bible is clear on that as Matthew 24:36, tells us point blank, “But of that day and hour no one knows, not even the angels of heaven, nor the Son, but the Father alone. ” So what to do in our silent wait?

You and me? We can watch and pray and as we see signs that it might be nearer than it was yesterday we can feel confident, that as believers we are under His wings of protection. Safe in His care! Sheltered in His keeping. All this ‘end’ stuff, well ~ It may be closer than we dare imagine, but we can be ready and waiting for that, unafraid because we know that we know that we know, God’s got it all and He’s got you and He’s got your family and as a believer you are under His grace and His favor. It’s all going to be ok and alright for those that walk with Him. As a believer, you are safe in His keeping, and if you’re not in His keeping now, prepare for it in these unsettled days! Make provision for your soul! Get to know the God of the Bible in a personal way! Read His word! Memorize His promises! Tuck them into your heart and your beautiful soul for stormy days ahead! And there will be stormy days ahead, whether world wide or in your own private world, you will have battles that rage, so now is the time to receive His forgiveness! Believe in His name and accept His gift of salvation, for behold “now” is the day for that. 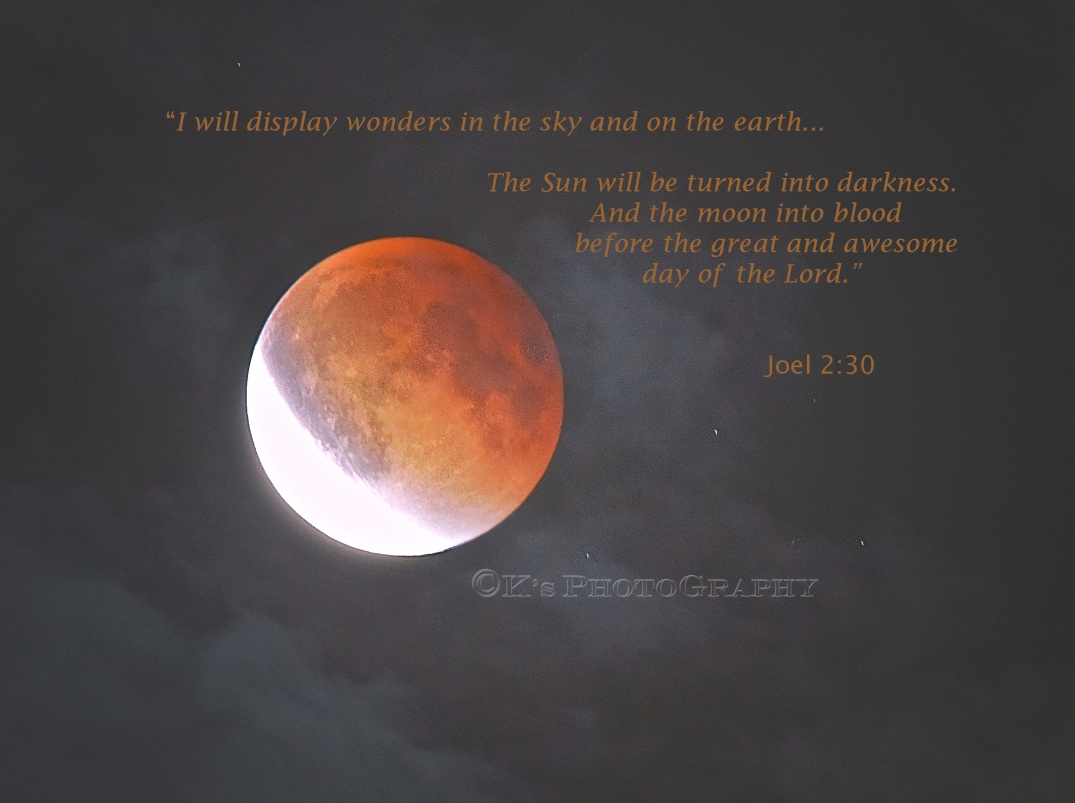 2 Corinthians 6:2, says it like it is, “For He (God) says, “In the time of my favor I heard you, and in the day of salvation I helped you.” I tell you, now is the time of God’s favor, now is the day of salvation.” Now is the moment that you can take action for your future outcome. He’s the victorious leader and He holds the enemy under foot. So beautiful you, choose His side and win this thing with Him. In that simple act of faith you choose the best preparation ever to be chosen. You give your beautiful soul the gift of eternity and heavenly wealth forever and ever, and it’s all good, because ~ beautiful soul, forever is a long ~ long time!

joypassiondesire
Back To Being Sara blog